The summit of Moel y Ci is only a few minutes away from my house, but as my son Rhys was running and the road was closed, it meant a bit of a detour.

The registration was at the Moel y Ci Environmental Centre, so we arrived after 11am and set up some flags and drop Rhys off.

Off to Moel y Ci in plenty of time and we walked up the path, which leads to the summit. Wendy was to take the pictures half way up, with Elidir Fawr covered in snow in the background. I carried on to the top and into the cloud. 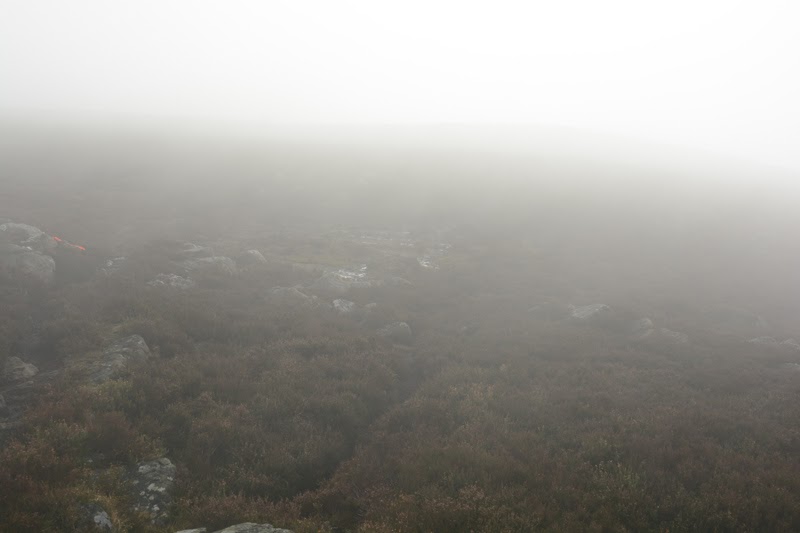 There was still a few minutes until the runners arrived and the clouds disappeared revealing the splendour of the Glyderau and the Carneddau with their peaks covered in snow. Just before Mathew Roberts appeared on the horizon, the clouds came down and again, I could see nothing. Mr Roberts seemed to be flying as he passed me on the summit as the clouds lifted again, effortlessly making his way along the muddy path and ankle breaking rocks strewn everywhere.

There seemed to be a record number of runners in the race this year, with all runners taking about 20 minutes to pass me. 167 runners in total. The results to be found here. 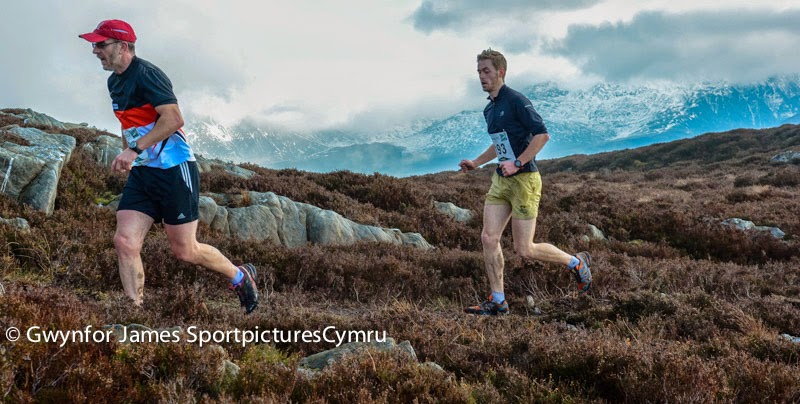 All pictures can be seen here.
Posted by SportpicturesCymru at 20:59